Medical Lab Technician Salary - How Much Do MLTs Make?

Medical lab technicians (MLTs) work in a laboratory setting, assisting in the analysis of biomedical samples. The results of their work are provided to physicians and other healthcare practitioners to help diagnose and treat patients.

Due to the technical nature of the work, medical lab technicians must be diligent, precise, and must possess a specialized skill set developed through rigorous coursework and hands-on training. The work of MLTs is not patient-facing, so by and large, the MLT role is suited to those who are attentive and who enjoy the routine nature of lab work without much, or any, patient interaction.

Furthermore, the demand for MLTs is relatively high, and the field is projected to grow steadily in the coming years. Indeed, the US Bureau of Labor Statistics (BLS) reports that employment opportunities for clinical laboratory technologists and technicians, a similar occupational title, will grow by 7 percent between 2019 and 2029 (BLS 2020). This occupational growth rate is faster than the national average for all occupations (4 percent) and will create an estimated 24,700 jobs in the same decade.

Having MLT training and skills means aspiring medical lab technicians should be well-prepared to navigate job offer negotiations with comparative data and realistic expectations. Compensation for MLT positions depends on several factors, including experience, certification, and location of employment. Here is a reference guide of MLT salary breakdowns by percentiles, regions, experience, and workplace to help determine earning prospects.

Data from the BLS shows that clinical laboratory technologists and technicians, a similar occupational title for MLTs, earn about the same average annual salary for all occupations nationwide. The average annual salary for medical and clinical laboratory technologists is $55,990 (BLS May 2020), compared to the national average for all occupations at $56,310 (BLS May 2020). The data for MLTs is broken down into the following percentiles:

Here, it is helpful to note that two separate sources report different numbers in terms of the average salary earned by medical lab technicians.

The BLS shows the average salary is $55,990, with 337,800 MTLs employed nationwide. In contrast, PayScale, a self-reported aggregate of salary data, asserts the annual average wage for MLTs is $42,452 per year based on 3,128 individuals reporting (PayScale April 2021).

While there’s a vast difference of $13,500 between these two figures, it can be asserted that the BLS data shows a more accurate portrayal of all MLTs employed nationwide since PayScale’s reporting figures represent only 1 percent of the total number of MLTs at 3,128 compared to the 337,800 total employed MLTs as reported by the BLS.

Here are the states with the highest average annual MLT salaries (BLS May 2020):

While the salaries above may seem higher than average, they don’t factor in the state’s cost of living. While at first glance it may seem that medical lab technician employment would allow for a much higher living standard in these states, it is essential to factor in how much it costs to live in a particular region.

The Missouri Economic Research and Information Center (MERIC) keeps track of such data. It shows the five top-paying states for MLTs are also positioned in the top 10 most expensive states to live in the United States (MERIC 2021). The cost of living is an essential factor to consider when entertaining job offers from different regional areas. MLTs negotiating salary offers are advised to research the cost of living data before accepting a position.

By illustration, here’s a list of five states with the highest concentration of jobs for MLTs (BLS May 2020)—four of which are on the list of the top 30 most affordable states to live (MERIC 2021):

Aspiring medical lab technicians should be aware of the likelihood of finding employment in a particular state. For example, while MLTs in Alaska may command the highest average salary out of all 50 states at $69,390, job opportunities are scarce; specifically, there are only 680 throughout the state or a total of .98 per thousand jobs.

High salaries can be concentrated in metropolitan areas with higher costs of living at a more granular level, depending on the population and demand for MLTs in a specific area.

Here are the top-paying metropolitan areas for medical laboratory technicians (BLS May 2020):

Another factor that significantly affects the amount earned by a medical lab technician is work experience or the number of years in which an individual has been active in the profession.

Consider, for example, statistics offered by PayScale (April 2021), which show the average amount an individual may expect to earn based on years of experience:

Here, the statistics show that an individual who works in medical lab technology for the duration of their career can earn more than when they first began. Furthermore, the statistics above only account for the national average; thus, those who start at a higher salary (and perform well) might reasonably expect to earn a proportionally higher amount as they gain experience and advance.

One last factor that affects the amount of compensation received by a medical lab technician is the type of industry or setting in which they work. To be sure, not all medical lab technicians work in the same environment; and in fact, the job setting can have a substantial effect on the expected salary.

Take, for example, data provided by the BLS that shows the top-paying industries for MLTs (BLS 2020):

In fact, an MLT who works in a dental office may need to study to become a dental lab technician, which is a related but different occupation. While both are lab-based roles without much patient interaction, medical lab technicians run tests and analyze results, while dental lab technicians focus more on preparing customized orthodontia. For more information on related MLT careers in dentistry, please see our complete guide to dental careers.

Ultimately, working as a medical lab technician often comes with better than average financial compensation than the national average for all occupations. MLTs can enjoy lucrative salaries in all 50 states with years of experience in one or several industries. 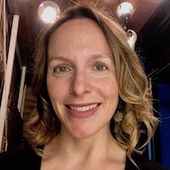 Rachel Drummond is a freelance writer, educator, and yogini from Oregon. She’s taught English to international university students in the United States and Japan for more than a decade and has a master’s degree in education from the University of Oregon. A dedicated Ashtanga yoga practitioner, Rachel is interested in exploring the nuanced philosophical aspects of contemplative physical practices and how they apply in daily life. She writes about this topic among others on her blog (Instagram: @racheldrummondyoga).