“COPD is a general term for chronic obstructive pulmonary disease. It’s a combination of things and is an umbrella for asthma, emphysema, and chronic bronchitis. Imagine if you were to take a breath in and then tried to take a breath in on top of it. It’s really hard.”
Russell Rozensky, Registered Respiratory Therapist and Clinical Associate Professor at Stony Brook University.

November is Chronic Obstructive Pulmonary Disease (COPD) Awareness Month. COPD is a long-term disease that makes it hard to breathe and is primarily caused by smoking, although it can also be caused by many factors, including asthma and chronic bronchitis. Currently, there are 16.4 million Americans living with COPD, and in 2018, 156,045 people died from this disease. For 2020, COPD was the fourth overall leading cause of disease-related death in the country, behind heart disease, cancer, and Covid-19.

Originally sponsored by the US COPD Coalition, COPD Awareness Month is recognized by numerous respiratory agencies, including the American Lung Association; the National Heart, Lung, and Blood Institute; and the Centers for Disease Control.

The earlier COPD is detected, the more treatable it can be. This is why during COPD Awareness Month, many campaigns focus on the early warning signs to encourage patients to seek medical care. Early signs of COPD can include chronic cough, shortness of breath, blue lips or fingernail beds, fatigue, and wheezing. Other campaigns for COPD Awareness Month focus on smoking cessation efforts, including support groups, medication assistance, and hotlines. The best way to prevent COPD is to never smoke in the first place, and the second-best way is to quit smoking.

COPD affects certain populations disproportionately more than others. For example, women who have COPD are more likely to die from the condition than men. While the death rate from COPD has decreased for men in the past 20 years, it has remained steady for women. Overall, more white people die from COPD than people of color. 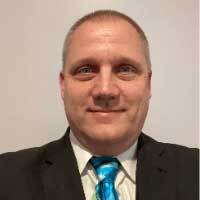 Russell Rozensky is a clinical associate professor in the Respiratory Care and Polysomnographic Specialty Option Programs at Stony Brook School of Health Technology and Management in Stony Brook, New York. He is a Registered Respiratory Therapist (RT), Certified Pulmonary Function Technologist (CPFT), Sleep Disorders Specialist (RRT-SDS), and Registered Polysomnographic Technologist (RPSGT). He holds a bachelor’s of science in respiratory therapy and a master’s of science in healthcare policy and management, both from Stony Brook.

“COPD is a general term for chronic obstructive pulmonary disease. It’s a combination of things and is an umbrella for asthma, emphysema, and chronic bronchitis,” says Mr. Rozensky. “Imagine if you were to take a breath in and then tried to take a breath in on top of it. It’s really hard. That’s where the term chronic obstructive pulmonary disease comes in. You could get air in, but when you go to blow out, it just goes on and on and on forever,” he says.

The American Lung Association notes that one of the critical parts of COPD is that it is a long-term disease. While there are many other lung illnesses, many are acute, meaning they have a rapid onset and can usually be resolved quickly. COPD, on the other hand, is an ongoing illness that will need ongoing treatment.

According to Mr. Rozensky, the demographics of COPD patients may not always be what people assume: “We often think of grandma who used to smoke cigarettes or grandpa who had a pipe or cigars, but COPD is increasingly impacting young patients. For one, asthma in this country is on the rise in teenagers and even pediatrics,” he says. He also notes that, while smoking rates have been on the decline with youth for decades, vaping is on the rise. And any inhaled product, even vaping, can lead to COPD.

In order to receive a COPD diagnosis, patients must first visit a primary care physician or pulmonologist. “They will do what’s called pulmonary function testing,” adds Mr. Rozensky. “Based on the patient’s age, gender, and ethnicity, we have what are called ‘predictive norm values.’ Based on these values, we would expect your total lung capacity and other measurements to be in certain ranges.” Once the results of the lung capacity testing are in, patients can receive their formal diagnosis and proceed with treatment.

How to Prevent COPD

While not all COPD can be prevented, much of it can: “The number one way to prevent COPD is not smoking,” says Mr. Rozensky. “Then there are other things we can do, too, like making sure people get asthma treatments because asthma is a form of COPD, or wearing respirators and masks at home when doing things like mixing bags of concrete, as those irritants can cause COPD, too.”

According to the American Lung Association, 85 to 90 percent of COPD is caused by smoking. Because of this, according to Mr. Rozensky, “when we talk about COPD awareness, it’s mostly about stopping smoking and awareness programs.” When a cigarette burns, there are over 7,000 chemicals that are released and subsequently travel into the lungs. These chemicals weaken the lungs’ ability to fight infections, inflame airways, and destroy air sacs.

Because of the role smoking plays in COPD, awareness campaigns such as COPD Awareness Month are critical. “Here in New York, we have a lot of awareness programs about COPD. The state will help you quit smoking. They’ll sponsor medications, provide therapy sessions, whatever you need. They know that smoking leads to chronic obstructive pulmonary disease, but it also leads to cardiac disease, hypertension, strokes, and a lot of other things,” says Mr. Rozensky.

Treatments and the Role of Respiratory Therapists for COPD

Many forms of COPD, even those caused by smoking, are treatable. “COPD is treatable to an extent. Treatments aren’t going to reverse moderate to severe, or end-stage, emphysema. It’s not going to cure asthma.”

Often, COPD treatments are provided by trained and certified respiratory therapists. Mr. Rozensky notes that there are several components to COPD treatment: “First is education for the patient,” he says. “If you’re a smoker for 20, 30, 40 years, you’ll have a certain amount of lung damage that is not going to be reversible. But we can educate patients about the importance of medication. Even if you’re feeling good, you need to take your medication.”

He continues, “The second thing is making patients aware of other things like oxygen therapy, nasal cannula, and programs such as cardiopulmonary rehab. So, whether you have emphysema or cardiac disease, one of the best things a doctor can do is send you to a rehab facility. This rehab is done as an outpatient. Patients go for four months and do exercises three or more times a week. What it does is condition them. As they do more exercises, their heart gets better, and their lungs get better and more efficient. Which leads to a better quality of life,” says Rozensky.

There are many research studies, clinical trials, and other advancements for the treatment of COPD notes Rozensky: “There are always new combinations of steroids and LABAs (long-acting bronchodilators). The goal is to keep the airway open as long as possible with LABAs, and then use steroids to help with muscle relaxation and dilation of the bronchi to keep them open. The bigger the opening, the less air resistance, and the easier it is for you to breathe in and out,” he says.

“Other advances include education, particularly around the dangers of vaping. Also, there are new smoking cessation programs and treatments that are very beneficial,” says Rozensky. “Lastly, rehab programs are improving. Many insurance providers will now pay for a set number of weeks or sessions, usually anywhere between six and ten weeks. Because of education on the importance of rehab, a lot of subjects will actually continue doing it. The goal is to keep them at it. If they keep the exercise routine up, they’ll keep the quality of life elevated.”

The American Lung Association has Airways Clinical Research Centers (ACRC) spread across the country. These non-profit clinical research centers are focused on asthma and COPD treatments. There have been over 20 critical research findings from these centers since their inception in 1999. For example, thanks to the research at these centers, it is now known that flu vaccines are safe for those with asthma, that a questionnaire can accurately screen for sinonasal disease, and that asthma patients with depression know less about their illness than their non-depressed counterparts.

Here is a list of resources to learn more about COPD and COPD awareness month: 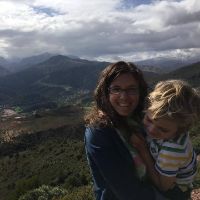 Kimmy Gustafson is a freelance writer with a passion for sharing stories of bravery. Her love for world-traveling began when her family moved to Spain when she was six and since then, she has lived overseas extensively, visited six continents, and traveled to over 25 countries. She is fluent in Spanish and conversational in French. When not writing or parenting she can be found kiteboarding, hiking, or cooking.